Goodness, I am VERY late this week!

For those of you who don't know what My Sexy Saturday is, it is a blog hop which gives writers a chance to share 7 words, sentences or paragraphs from a published work or work in progress, each week based on  a different theme.

This weeks theme is 'Getting Your Sexy On', and while there were a lot of excerpts I could have shared, I chose to share one from an un-named WIP.  The characters from this scene are Amelia and Harrison, who - along with Charlotte and Thomas - are the main characters from the story, which has strong themes of polyamory.

I would love to go into more detail, but in all honesty I'm falling asleep typing this, so I apologise!

I hope you enjoy my seven sentences!

Harrison stilled and looked down at her. Neither of them were blinking and both were holding their breath. There was an amazing intensity in the eye contact between them which made Amelia feel as if she was giving herself to him. The moment was both extremely emotionally and sexually charged.

Harrison dipped his head down and kissed Amelia softly, the moment their lips made contact he began to move slowly against her, both of them moaning quietly as he slid back inside her for the first time. Amelia felt overwhelmed to finally have him inside her.

Posted by Unknown at 9:56 pm No comments:

After taking a few weeks off (okay... forgetting to sign up!) I am back with another My Sexy Saturday post!  For those of you who don't know, My Sexy Saturday is a bloghop which gives writers an opportunity to share 7 words, sentences or paragraphs based on a specific theme each week.

This weeks theme is 'Our Sexy Romance', and the excerpt I am sharing is from one of my (many) unnamed WIP.  It features Jenna and Lucas who are (in this excerpt) on their annual New Years getaway.  Jenna has recently found out she is pregnant and this has caused her and Lucas to re-evaluate their lives and their relationship... including their ideas about marriage.  Well, for Lucas anyway.

“I love you,” Lucas whispered, smiling softly at Jenna.
“I love you too,” Jenna replied contently.
“I know things have been hard for us at times, but I think the fact we are both sitting here like this tonight shows how strong we are and how strong our love is,” Lucas told her, his voice surprisingly full of conviction and emotion.
“Things have been amazing and things have been hard... but we've always had our love and I think that is what has gotten us through,” Jenna agreed, wondering what had caused Lucas to open up in such a way.
“All I know is that I want to spend the rest of my life with you, raising our children, enjoying our grandchildren and our great grandchildren... and I would really love if you would marry me,” Lucas announced and moved his hands out from underneath the blanket that was over them.

In his hands was a red ring case which he opened and presented her with. Inside was a gorgeous ring – the type she had always dreamed of – three perfect round diamonds set in a plain white gold band; it was beautiful and she probably couldn't have picked a more perfect ring herself.

Email ThisBlogThis!Share to TwitterShare to FacebookShare to Pinterest
Labels: Jenna/Lucas/India/James, My Sexy Saturday

Eva has sex for the first time in two years 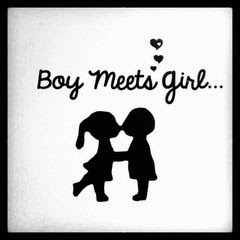 After some prompting from a friend I decided it was time to post a new excerpt to my blog.  I wasn't sure what to post, so I looked in my 'on hold' folder (the place half written WIP go to die, it seems) and started to scroll through a file called 'Eva and Ethan'.

The story of Eva and Ethan is your typical 'girl meets boy, girl takes him home, one night stand turns into so much more' story, but there is a lot more to the characters than first meets the eye.  Like everyone they have a back story, Eva's is a sad one, so is Ethan's, but in completely different ways.

I haven't worked on the story in months, but after reading I felt encouraged to work on it and thought posting an excerpt from the story would be a good place to start!

I hope you enjoy this excerpt, chances are I'll post another Eva & Ethan excerpt soon!

That man. He did things to her. Things no man had ever done before... and she hadn't even been naked with him yet! Ethan pulled her against him and kissed her again this time not so chastely. As their lips moved together she could feel his fingers digging into her hips and when his thumbs brushed delicately over the bare skin above the waist of her jeans she whimpered quietly against his mouth, suddenly wanting and needing more of him. Eva broke off the kiss and moved back so she could undo the buttons of his shirt.

Eva was snapped out her little daze by the feeling of Ethan's fingers grazing up her sides as he lifted her top up. She held her arms above her head and as he removed her top she wished they were already naked and in bed. In the past she had never been the one to make the first move or to initiate sex, but her need was suddenly too much to handle; before she knew what she was doing she gripped the waistband of Ethan's jeans and led him quickly toward her bedroom. As they walked Eva slipped her shoes off and by the time they got to the bedroom Ethan's shoes were gone as well... she hadn't even been aware of him taking them off.

Eva marched him to her bed before turning them around so his back was to the bed. Making the most of her unexpected confidence Eva pushed Ethan gently and smiled as he fell back on her bed. He looked expectantly at her and rather than feeling 'oh god what do I do now?' panic, Eva straddled his legs and slowly crawled up his body until she was straddling his hips, a hand either side of his head. It was a beautiful sight to look down on, and when Ethan moved his hands up and started to stroke her sides, she let out a shaky sigh and closed her eyes, as if trying to commit that moment to memory. He moved his hands to the small of her back and ran his fingertips gently up her spine, causing her to tremble in delight... his touch was surprisingly soft but resonated throughout her body.

When Ethan's hands reached the top of her spine he moved them to the back of her head and pulled her down for a kiss. Eva groaned the moment she felt their lips brushing together and as if they had a mind of her own, her hips began to move in a slow circular motion. There were layers of fabric between them but she could feel his hardness pressing against her, and when he moved his hands to her hips and pulled her down against him, there was absolutely no denying just how turned on he was. Eva tried not to moan, but his denim clad cock felt amazing as she rubbed against it. If it felt that good through two layers of denim, how the hell was she going to be able to handle the real thing?
Read more »
Posted by Unknown at 12:29 pm No comments: