Lucy learns first hand that oral CAN in fact be amazing

What's wrong with me?  This will be my second excerpt in a few days!

A couple of nights ago I was re-reading one of my un-finished works on my Kobo.  I couldn't sleep, the wifey was very much asleep, but I couldn't be bothered getting out of bed.  As I read it I came across a particular part of the story and knew I had to share it here on my blog. 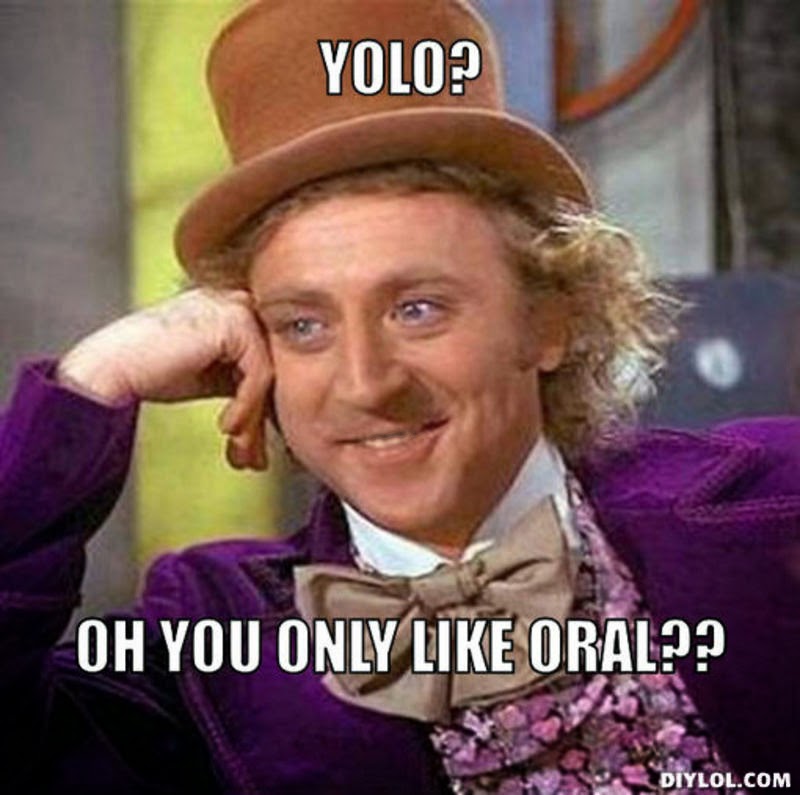 So here we are!

This particular excerpt is focused on Asher and his girlfriend Lucy.  Lucy made it clear early on in their relationship that oral sex does nothing for her... all because of the lousy oral attempts a couple of ex boyfriends.  Jane and Leah know that if Lucy puts her faith in Asher and lets him go down on her she won't be disappointed, and eventually they have the chance to convince her of this.  In a good mood and prepared to give it a go, Lucy leaves Jane and Leah's house and heads home to wait for Asher to return from work...


Curious to see what happens?  Read on!

Realising what the time was Lucy told the girls she was going to leave so she could be home when Asher got back from work. Lucy left with the raunchy vampire book in hand and decided that her amazing boyfriend needed a particularly awesome treat when he got home, so rather than heading straight back to the house she stopped at the nearest lingerie store and bought a sexy red cami. She reached for the matching panties but stopped herself and decided that panties would just get in the way.

The front door opened and closed and she heard Asher dropping his bag in the hallway. He called out to her and she called back saying that she was in the bedroom. When he walked in he grinned as he registered what she was wearing and by the time he'd made it to the bed he was wearing just his boxers which he quickly removed before joining her on the bed. Lucy pulled him down and kissed him with more hunger than he was obviously expecting because when the kiss came to an end he chuckled and asked what had gotten into her. Lucy didn't reply, just pulled him down for another hungry kiss. She could feel him going hard against her and wondered if perhaps she should abandon her original plan because it seemed mean to get him hard and then him NOT be able to... relieve... that hardness immediately. But at the same time Leah and Jane had piqued her curiosity. Asher moved on top off her and Lucy bit her lip as she looked at him.

“Um, can you move down?” Lucy asked and Asher grinned as he moved down so he was level with her boobs and then started to suck on one of her nipples. Lucy moaned and then shook her head. “No, down further,” Lucy directed and he looked curiously at her then moved down so he was level with her belly which he started to kiss. “No... further...” Lucy said and gently pushed down on the top of his head. Asher moved down and settled between her legs then looked up at her and Lucy smiled shyly. “Yea... there,” she confirmed and Asher looked at her in surprise and then smiled.

Lucy smiled back and closed her eyes then took a deep breath as she prepared for that first touch. Asher kissed her inner thighs and then lightly kissed the outside of her pussy before running a finger gently down her slit. She heard him gasp and knew he was surprised by how wet she was. As he continued running his finger up and down her slit Lucy began to long for the feel of his tongue against her clit... an urge she had never felt before. As Asher repositioned himself between her legs Lucy could feel his warm breath against her wetness and fought against a moan that tried to escape. He hadn't even touched her with his tongue yet and she was starting to respond. Maybe Leah and Jane were right. Maybe oral COULD be amazing...

Lucy felt Asher's tongue make contact... it was such a light contact she wondered if she was imagining it but as he licked slowly up her slit there was no doubt in her mind that it was in fact real. Lucy sighed happily as Asher ran his tongue slowly back down to her hole. When Asher began to run his tongue back up toward her clit Lucy was surprised at the pleasurable sensations that started coursing through her body. Asher ran his tongue back down to her hole and she was taken by surprise when rather than running his tongue back up he dipped the tip of his tongue inside her hole. Lucy moaned with delight. It was such a strange but amazing feeling... there was pressure and heat and it was like nothing she'd felt before.

Asher licked back up toward her clit and this time rather than running it straight back down he ran his tongue back and forward over her clit a few times and this caused an unexpected clench deep inside. Lucy moaned as his tongue arrived back at her hole and this time his tongue hit a little deeper inside. Lucy cried out and found herself moving her hand to the back of Asher's head and pushing on it as if she was trying to get more of his tongue inside her. Asher pushed his tongue a little deeper and flicked it, hitting some delicious little spot just inside her pussy, which made her cry out loudly. As he ran his tongue back up between her folds he did so with more pressure than before and Lucy couldn't restrain the loud moan that escaped from her lips.

Lucy was aware of Asher moving slightly and she felt his forearms resting on her upper thighs as he put his fingers on her and spread her lips. Lucy wasn't sure why he did that until she felt his tongue back on her clit and groaned loudly as she registered how much more intense the sensations on her clit felt. Obviously he had taken her clit out of hiding... one could say. Asher didn't move his tongue back down and instead began to concentrate all his efforts on her clit which caused Lucy to start moaning even louder and to grasp one of his arms with her hand. She was being bombarded by plesurable sensations which were making her feel rather flustered and as if she was about to lose control. Lucy found her hand again going to the back of his head and though she tried not to she couldn't stop herself from pressing down again. She NEEDED more pressure, she NEEDED his tongue to finish her off.

Asher began to move his tongue faster and with more pressure and Lucy could feel her orgasm quickly starting to build. She was feeling overwhelmed in the most incredible of ways. Asher really DID have a magical tongue and she wished she had let him go down on her earlier. Lucy cried out loudly as he again used more pressure and she could feel her insides starting to tighten to the point that she thought something was wrong with her, but when Asher moved his tongue faster against her, that tightness was suddenly released and she cried out loud and long as her orgasm hit. Asher kept moving his tongue against her until her orgasm had subsided and then he broke the contact and moved up her body until they were face to face. Asher pulled her onto her side and they kissed a very slow, sweet kiss... the fact she could taste herself on him the entire time was more of a turn on than Lucy had imagined it would be and when they broke off the kiss she grinned at him.

“Wow,” was all Lucy could manage as she melted into him.
“I love you,” Asher whispered as he stroked her hair.
“Uh huh,” Lucy responded and Asher chuckled. She badly wanted to say 'I love you too', but found herself physically unable to form any words.

They were silent for a couple of minutes, both reflecting on what had just happened... but Lucy was very aware Asher was going to be curious about why after all that time she had finally wanted him to go down on her.

“Luce, if you don't mind me asking, what brought that on?” Asher asked, a little shyly she thought.
“Well I went and saw Jane and Leah after my interview and um, we kind of got to talking about you,” Lucy began and Asher chuckled.
“I wondered how long it would be before you started asking them questions,” Asher commented and kissed her playfully on the neck.
“There was nothing sordid, no details or anything,” Lucy reassured him, not that she thought he would mind if that had been the case. “Long story, Jane mentioned she hoped I was having lots of sex and oral to make up for the fact she can't do either, because of the whole post-partum thing, and I mentioned we'd been having lots of sex, but not oral,” Lucy continued, Asher gazing intently at her. “Well, Jane and Leah convinced me not to let my past experiences ruin my thoughts about oral, and both reassured me that if I... well, if I let you... do that... that I wouldn't regret it,” she finished the story.
“And have your thoughts on oral changed now?” Asher asked with a wink. Lucy grinned at him.
“Leah and Jane weren't joking when they mentioned you have a magical tongue!” Lucy exclaimed and Asher laughed.

Further discussion ceased as Lucy felt Asher's hardness against her hip. There was only one thing she wanted to do and that involved a lot of kissing, a lot of touching and Asher's cock buried deep inside her pussy.