This afternoon I was reading back over some earlier scenes of one of my works in progress, and found an excerpt I just HAD to post.

A lot of my stories have a pregnant character in them, and I think this is because having experienced pregnancy myself, pregnancy is something I know.  Even if I don't intend on writing a pregnancy into a story, it seems to naturally happen.

In this particular story, Jenna and Lucas are expecting a baby... after experiencing the loss of their daughter, Sasha, sixteen weeks into the pregnancy.  Needless to say, the pregnancy is a very up-and-down time for the couple, emotionally!  So far Jenna's pregnancy has been plain sailing, and their little boy is doing well, but the worry is never far from either Jenna's or Lucas's minds.

Come hell or high water, she WILL get sex! 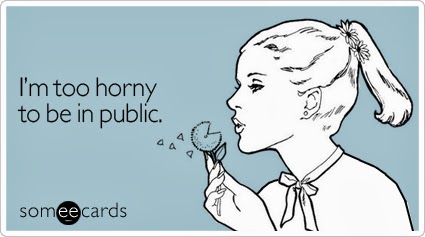 As usual, this excerpt is available as a PDF to download, just click on the link below
Jenna & Lucas 3am sex - Bree Guildford

When Lucas rolled onto his back Jenna got on her knees and carefully straddled his hips. A movement that had once been so simple and fluid but now seemed like a huge undertaking, and she wondered how much longer she would be able to do it for. Pregnant sex was certainly starting to have its limits. Lucas put his hands on her hips and Jenna sunk down on his cock, groaning loudly as her craving for him was satisfied.

“You think I don't see through your little 'you don't want to have sex with me because I'm fat' ploy?” Lucas teased and Jenna giggled.
“Works every time,” Jenna teased and he laughed.

Jenna began to rock her hips against his and very quickly her pussy began to swell and throb, his cock feeling enormous inside her... partly due to the swelling, but also due to the fact he really was rather large. That impressive size was something she had never appreciated more than she had in the last week or so. The only way she could describe herself was cock hungry... well, Lucas hungry, really. Jenna leaned forward so she could support herself on the headboard and she started moaning loudly as Lucas began to lightly suck on her nipples. The added stimulation caused Jenna to start grinding harder against Lucas, her clit feeling as if it was going to burst due to the added friction and pressure.

Lucas began to groan against her nipple and the sensation the groaning created against her nipple was electrifying. Jenna responded by bucking her hips harder against his, crying out loudly each time his cock hit the back of her pussy, and then again each time she plunged back down on him. He filled her so perfectly, his cock stretching the walls of her pussy enough to cause a lot of pressure, but not so much that it was painful. The longer she rode him, the more amazing it felt, and the more she wished the sex could last for hours. When Lucas started to pull her down harder at the hips Jenna knew that he was getting close to cumming and started to speed her hips up, her own orgasm starting to build deep within.

Jenna used the headboard as resistance so she could ride and grind him as hard as possible. Her clit began to pulsate as a result of the increased friction, and before long Jenna could feel her pussy starting to tighten and tingle. Lucas pulled her down harder again, and Jenna started to move as fast as she possibly could, the tension in her pussy growing until all of a sudden there was an enormous release and her orgasm hit. Jenna screamed as she kept moving against Lucas, very aware that her arms were going to give way soon, with this in mind she moved her hands to Lucas's shoulders. Moments later he let out a loud grunty groan, and she felt him cum deep inside her. Jenna spread her thighs as wide as she could, and sunk deeper on him, causing him to let out another loud, strangled groan.

When his orgasm had passed, Lucas wrapped his arms around her and sighed loudly against Jenna's neck, and she smiled at the sensation of his warm breath against her skin. Knowing that if she stayed on him much longer her hips would start to cramp up, Jenna slowly moved off him with Lucas supporting her leg as she moved it over him. When she cuddled up against him she could feel herself starting to go to sleep, but her eyes shot open when she felt her belly tightening, to the point it was uncomfortable. She gasped and grabbed Lucas's hand and placed it on her belly so he could feel the tension for himself.

“What's wrong with me?” Jenna asked, feeling terrified. The last time she had felt anything slightly crampy it was the start of her miscarriage with Sasha. Tears automatically came to her eyes.
“Baby... I think it's a braxton hick contraction,” Lucas said calmly, and she felt the tension starting to lessen. Jenna exhaled slowly.
“A pretend contraction?” Jenna asked and he nodded.
“I think so. Was it painful?” Lucas asked and Jenna shook her head.
“Not really just... tight... like a painless cramp,” Jenna explained, trying to relax.
“You're twenty five weeks now, I read about them in that pregnancy book you bought... it mentioned they can happen at any point, but more in the last half, and that they often happen after orgasm,” Lucas reassured her.
“You're not just saying that, are you?” Jenna asked and Lucas shook his head.
“Baby, you know that at the first sign of anything not being right I would be whisking you off to hospital, so no, I am not just saying that. If you have more, or if they get painful, I will totally be bundling you into the car and taking you to hospital,” Lucas informed her.
“I'm sorry about the waking you up,” Jenna whispered, suddenly feeling very ashamed of being so insistent about having sex.
“Don't apologise... I know I pretend to not like your little early morning wake-ups, but in reality... I am a big fan,” Lucas replied with a quiet chuckle, which made her smile.
“Let's go to sleep now...” Jenna yawned and Lucas kissed her.
“I love you, you sex crazed maniac,” Lucas teased and Jenna shrugged.
“I love you too, and you're right, I think I am a sex crazed maniac,” Jenna agreed.

Jenna could feel sleep was about to take over and then felt a huge kick inside her belly. Followed by another huge kick, and the sensation of Theo bumping against the top of her belly. Jenna sighed and then giggled.

“Please tell your son to go to sleep,” Jenna instructed Lucas.
“Poor you, being kept awake when you want to sleep,” Lucas teased and Jenna giggled quietly as Theo gave another big kick.

Jenna knew he was right. Karma wasn't a bitch, it was a baby kicking the hell out of you when you really wanted to go back to sleep after waking the love of your life up for some 3am sex. Regardless, Lucas put a hand on her belly and began rubbing it. The belly rubbing didn't stop Theo from kicking about – in fact it seemed to have the opposite effect – so for the next hour Jenna and Lucas lay in the dark and enjoyed feeling their son moving around in her belly. It was something they had both looked so forward to when she was pregnant with Sasha, and neither had the will to turn their focus to going to sleep. Not when every single movement their little boy made was so precious to them.
Posted by Unknown at 9:16 pm