Lightbulb moment: why I write what I write 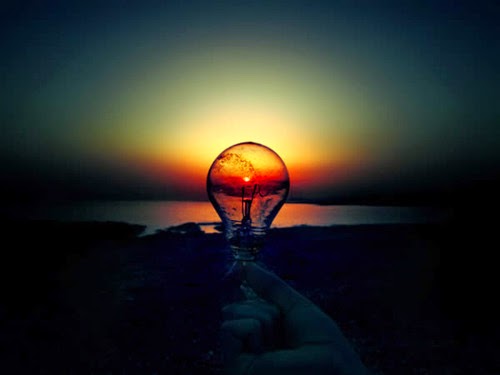 I have recently started seeing a psychologist for my depression and anxiety issues.  It's something I should have done a long time ago, and to be honest, I am a little disappointed in my previous GP for not encouraging me to do so.  My depression and anxiety stem way back into my teens, but various events in my life (an unplanned pregnancy & coerced termination at 18, a sexually abusive relationship , my nephew dying, living through devastating earthquakes) have added to it, and admittedly made things worse.


Things came to a head a couple of months ago when I had a breakdown.  It was scary for me, and I imagine it was scary for my wife.  Luckily I was able to get an emergency appointment with the doctor, and finally gave in, accepting a prescription for anti depressants.  For about 18 months I had been trying to avoid going back on anti depressants, but eventually I reached the point that I knew I had no other option.  It wasn't just me being affected by my depression, it was my wife, it was our kids, it was my studies.  My life was slowly being taken over by the big depression monster, and I didn't want to cause irreversible to my life, to my marriage or to my relationship with our children.

As well as a prescription for fluoxetine, I was offered a referral to see a psychologist.  I didn't have to think twice and accepted the offer.  Before my first appointment I was incredibly nervous.  Okay, I was terrified.  I was terrified of him telling me I was beyond help, I was terrified that I was going to be stuck in the horrible cycle of depression and anxiety forever.  A minute into that first appointment my fears were gone.  Rather than being nervous about talking to him, I found I couldn't stop talking.  Everything that I thought had 'left a scar' on my mental state,  I was speaking about... and in doing so, I realised that I have had a LOT to deal with since I turned 18.  No wonder I felt bogged under, no wonder I often felt like I had reached the limit of what I could handle.

We spoke about my passion for writing, and because of that part of my 'homework' he gave me, was to start journalling again.  It was a task I welcomed, because until a few years ago, I had always had a journal, and found it useful for trying to make sense of my often confusing life.

This Friday I was having a bit of a down day.   I was full of anxiety about a trip we had to take, and was angry with myself for being terrified about something as simple as being a passenger in a car for a one hour journey.  Anxiety.  It can be an all-consuming bastard of a thing.  As I was writing in my journal, I wrote the following excerpt... which was a huge lightbulb moment for me.


It was a HUGE lightbulb moment for me.  I have noticed that all my writing tends to have very similar themes, and couldn't really pinpoint why... but writing in my journal on Friday I unintentionally explored the reasons.  And they make perfect sense.  By writing, I get to experience the type of relationship I never had with men, I get to experience the type of pregnancy that I wished I could have had, I get to right the wrongs, so to speak.  The characters aren't ME, but I am in control of everything about them... so in a way, I live vicariously through them.

I had shockingly bad experiences with men, and I think that stemmed from wanting to be loved so badly, that I didn't really think about whether or not the man in question was right for me.  I wanted the type of relationship that my friends were in, that my sister was in, that my parents had, that it seemed EVERYONE around me had.  In doing so I made some bad choices, and got burnt in various ways.  Part of it was also being young and naive.  When I was being used for sex I talked myself into believing it was love.  When I was being sexually abused (though I didn't realise until after the relationship ended), I talked myself into believing it was a sexually 'exciting' relationship.  The man I thought was the love of my life?  Looking back, I can see that he had wanted to break up with me long before he eventually did it.  The myriad of one night stands I had, I thought each and every one would turn into more.  But no, it was always *just* sex to whoever the guy was.

After my second daughter was born, I had a brief relationship, but when he told me he decided he only wanted something casual I ended it.  I was proud of myself, because I knew the relationship wasn't right - or that it wasn't the type of relationship I wanted - and did something about it.

My writing probably seems predictable to some, it may seem boring and too 'happy ever after'... but it is a subconscious need I have, to create characters and male/female relationships that make up for my own shortcomings in relationships, and the shortcomings in my life.  I don't have the desire to ever have another relationship with a man, but the type of relationship I write about is always going to be something I feel like I missed out on.

The following video is one that was shared on Facebook last week... since part of this post deals with depression, I thought it would be a good chance to share it!

Email ThisBlogThis!Share to TwitterShare to FacebookShare to Pinterest
Labels: anxiety & depression, inspiration, musings, pregnancy, relationships, who I am