You're married to a women but you're NOT a lesbian?

I have just finished writing the latest story in the  Georgia & Zoe series (Georgia: Exposed), and in
the story (amongst other far sexier things) Zoe introduces Georgia to her family.  Grandma's reaction goes something like this: 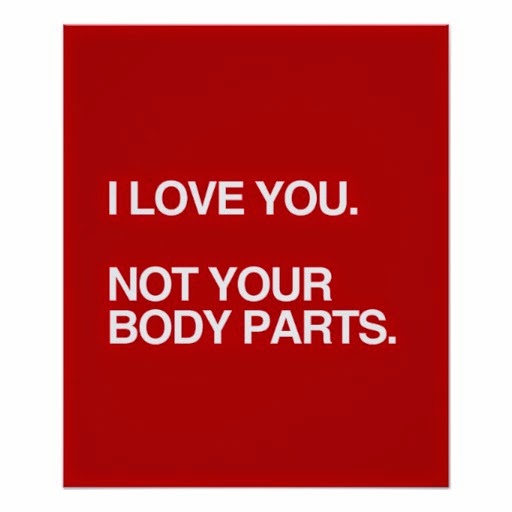 I guess you could say this particular part of the story is based on personal experience, because it is a conversation I have had many times, as has my wonderful wife.  I am a woman who is VERY happily married to another woman, and have absolutely zero desire to be with another person as long as I live (except perhaps in my fantasies, but that is a whole other blog post!).

We must be lesbians, right?

I am not a lesbian, my wife (L) is not a lesbian.
We are women who are in love with each other, but no, we don't identify as being lesbians.

I know that 'technically' we would probably both be put under the category of 'bisexual' because we are both attracted to men as well as to each other, but I know that neither of us really feel that label applies to us.

Back before my wife and I were in a relationship we were discussing sexuality one day.  I confessed that since high school I had found myself attracted to women on and off, and that I had been in a relationship with a woman for a brief period of time between boyfriends.  I considered myself bisexual because well, why wouldn't I?  I was sexually attracted to men and women.  She told me she wasn't even curious about what sex with women was like, and that she felt no attraction to other women.  As straight as they came, clearly.

Fast forward a bit and we found ourselves very unexpectedly in love.  When I met her in person I was immediately attracted to her but other than the odd sneaky peek at her boobs I didn't think anything about it.  I knew she wasn't attracted to women, so pursuing my attraction any further seemed pointless.  But it happened, and in a rather cliché 'one thing led to another' fashion.  Suddenly I found myself madly in love with the woman who had become my best friend, and my wife found herself in love with a woman...

Before we fell in love I was of the belief that sexuality was very much a black or white thing... a person was either straight, bisexual or gay and that was it.  But as things progressed in our relationship I found myself realising that things were nowhere near as black and white as I had once thought.   I no longer considered myself bisexual, but I didn't consider myself a lesbian either, nor did I think of myself as straight.  I felt as confused as hell because SURELY having found my soulmate I should have had a better understanding of who *I* was, especially as far as my sexuality went.

It dawned on me one day that what I was was SEXUAL.  No bi-, homo- or hetero- to preface the word... I was just plain old SEXUAL.  I was sexually (as well as mentally, emotionally, physically & spiritually) attracted to my wife, and I found that the deeper our love grew, the less I was bothering to pay attention to anyone else, regardless of sex.  I would see a pretty woman and find myself thinking about my (now) wife and how much I loved her body shape, rather than blushing as I thought about how nice that stranger's breasts were.  I would see an attractive guy and find myself thinking about how spankable my wife's ass was.

My wife was the only person I thought about in even the most innocent of sexual ways.  You could say that I became L-sexual.  As L's cousin suggested, L is 'Bree-sexual'... I quite like that, it has a ring to it!

I think what I am trying to say here is that sexuality isn't something that can necessarily be defined by ticking all the boxes in a certain category.  Sexuality should just be accepted as a natural human state without people feeling as if they need to identify as a/b/c/d.

I hate that there is this enormous expectation within society to put a label on sexuality.  I am NOT saying people shouldn't label themselves IF IT IS WHAT THEY WANT.  If you identify as being straight, bisexual, lesbian, homosexual, gay, pansexual, asexual, bsexual, csexual or unicornsexual that is fine!  I have many friends who proudly identify as lesbian, I also have many friends who identify as bisexual, as well as a couple who identify as pansexual.  I understand why some people are happy with labels, it helps us (as humans) to identify with a group and perhaps fosters a feeling of belonging.  I guess what I don't agree with regarding labels is when people are forced to pick a label or feel they have to identify as being a member of a certain group or sexual persuasion.

Being sexually fluid doesn’t mean a person is confused. For a person to know and accept their sexuality as fluid, they must be self-aware. - Everyday Feminism

I think it is when an individual accepts that sexuality may in fact be fluid for them that they are finally able to explore who they really are and over time define their own sexuality for themselves.

Email ThisBlogThis!Share to TwitterShare to FacebookShare to Pinterest
Labels: #AdultSexEdMonth, lgbt, musings, relationships, sexual fluidity, sexuality, who I am