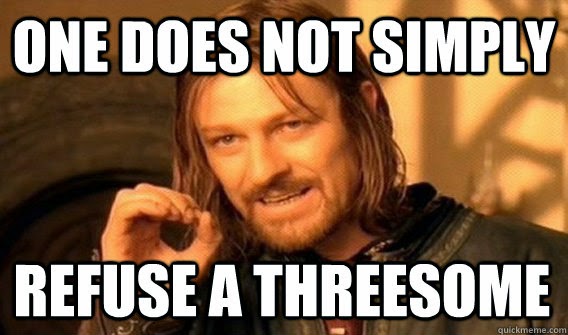 As it stands right now, this particular story could work as the first in a series of short stories, OR as a scene from a novel.  I haven't quite decided which route to take with this series?/novel?, but decided that while I make up my mind, I would share a tiny teaser of the tentatively titled 'With Friends Like These'.

This little excerpt involves Jamie, her boyfriend Josh, and their best friend Marcus.  Jamie has had a m/f/m fantasy for a long time, and for her 32nd birthday, Josh has arranged for that little fantasy to come true, with Marcus the other 'm' in the equation.  Clearly the friendship between Jamie, Josh and Marcus is a special one! It didn't take much for Jamie to get carried away. Having two cocks at her mercy gave her an arousing sense of power and the groans and moans coming from Josh and Marcus spurred her on to pump them both faster. She probably could have used her hands until they both got off, but that wasn't how she wanted the night to end for the two men. She wanted their night to end when they were both buried deep inside her, spent, after filling her with their cocks and their cum. Both men were like steel in her hands, and her pussy was beyond sopping wet... she knew they were all ready to take the next step.

Jamie broke off the kiss she and Josh were sharing and smiled softly at him. 'I love you,' she mouthed and Josh gave her an adoring look as he mouthed 'I love you' back. It was time. She knew it, he knew it, and turning around to look at Marcus, the wild look on his face suggested he knew it was well. Lying down, Jamie rolled onto her side and smiled at Marcus, then lightly pressed her lips against his and immediately felt her pussy reacting. His cock was solid against her belly, while Josh's was equally as hard, pressing against the small of her back as he kissed along the back of her shoulders and traced lazy circles on her hip.

The kiss between her and Marcus became more passion-fuelled and instinctively Jamie pressed her hips against him. His body felt so strong and hard against her own, familiar, safe... yet at the same time something she felt detached from. Josh pressed up behind her and when she felt the tip of his cock nudge against the crack of her ass she let out an anticipatory moan as flashbacks of his cock moving slowly in and out of her ass flooded her memory. At the same time, the length of Marcus's cock was pressing against her slit, the pressure causing her cunt to clench uncontrollably. She needed Josh. She needed Marcus. Every single nerve in her body was craving the feeling of their cocks. 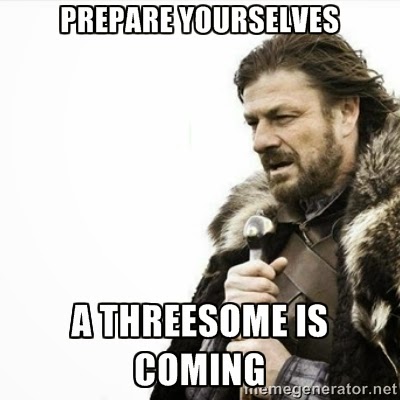