Introducing you to 'Zoe: Spanked'

After the success of my first short-story on Smashwords, today I got around to posting the second story in the 'Georgia & Zoe' series. 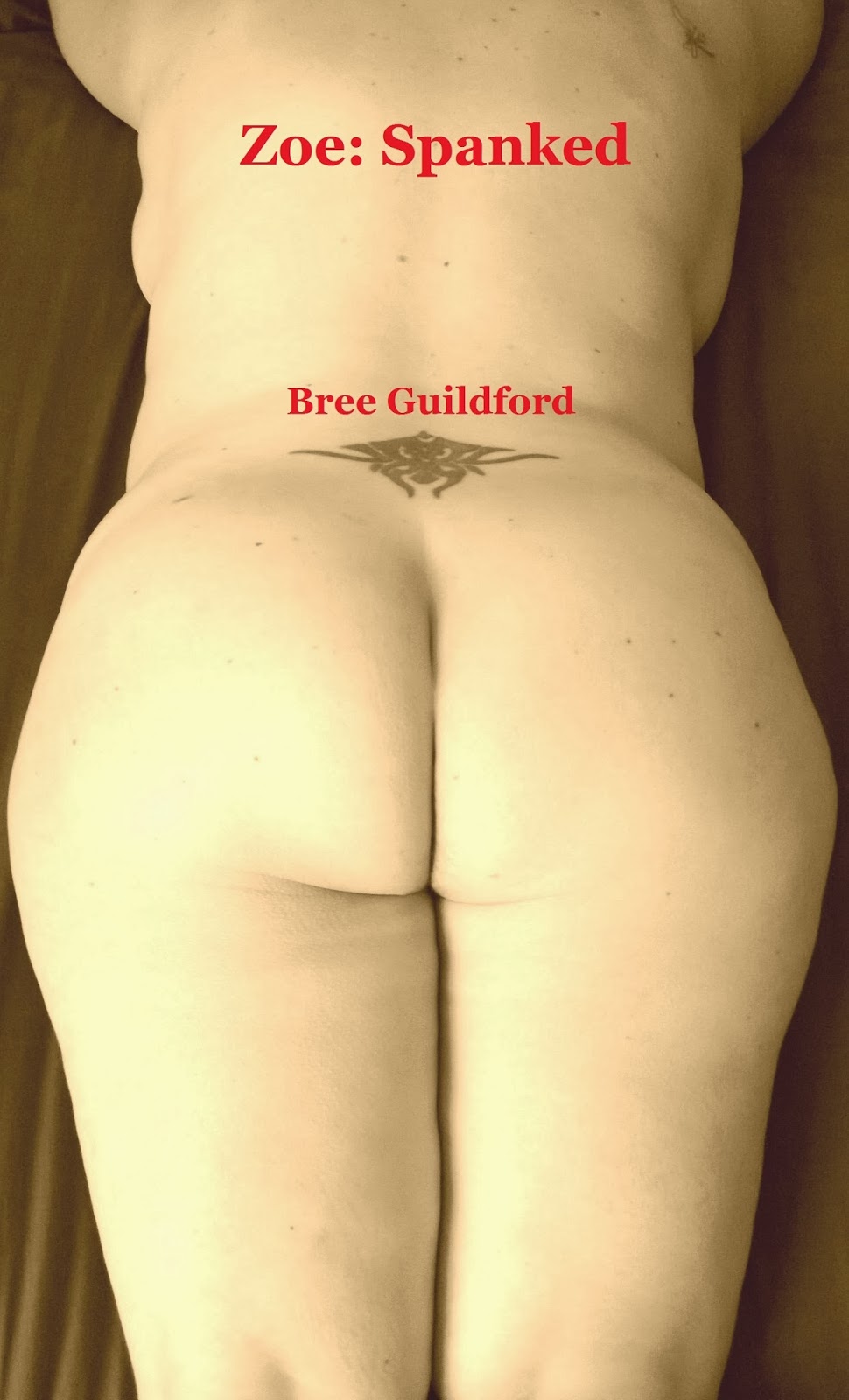 The new story is called 'Zoe: Spanked', and as the title suggests, in this story Zoe gets spanked!  This story happens a bit later than the 'Georgia: Restrained' story, taking place the morning after their wedding!  Short-story short, Georgia wakes up, Zoe is asleep, Georgia decides to give her the spanking of her life!  And she does.

I plan to write more in the 'Georgia & Zoe' series, as you will see when you read the story, I leave it open to tell the story of how Georgia met Zoe... and this will indeed be the focus of my next story.

Because I have made it available on Smashwords, I won't add a link for a PDF of the story, but you CAN download the story from the Smashwords website (free) by clicking this link!


When Georgia awoke in the morning, it took her a few moments to stop feeling disorientated and to remember where she was and WHY she was there. Thinking about the wedding the day beforehand, Georgia couldn't help but smile. Glancing across at her wife, Zoe, she was torn between waking her up and and letting her sleep, because, admittedly, the day beforehand had been exhausting.

Deciding that the latter was probably the kinder thing to do, Georgia lay quietly and reflected on their wedding. It had been perfect and Georgia smiled as she thought about how happy their families and friends had been for them. It had been amazing to be able to share their special day with those nearest and dearest to them. She knew they were incredibly lucky, not just that they had had so many people who wanted to share their wedding day with them, but because they were ABLE to get married, in general.

As she relived the teasing and pleasing of the previous day, a little idea formed in Georgia's head and she smirked to herself. It was mean, but it had to be done. Checking again that Zoe was still asleep, Georgia carefully made her way out of the bed and found two of the scarves that Zoe had used the day beforehand. She tiptoed back to bed and climbed in beside Zoe. Zoe was lying on her tummy with her arms resting on the matress, above her head. It didn't take much for Georgia to gently lift both of Zoe's hands and slide the scarves underneath them. It was even easier for her to tie a scarf to each wrist, before tying the opposite end of each scarf to one of the slats on the headboard. There was still enough slack in the scarves that Zoe wasn't disturbed from her sleep, and Georgia giggled quietly to herself as she lay back down between the sheets and got ready to put her plan into action.

Lying on her side and facing Zoe, Georgia began to think of all the things Zoe had done to her the day before – the tying her up, the biting, the licking, the sucking, the oral. Very quickly, Georgia began to feel horny, and without Zoe awake to touch her, Georgia had no choice but to touch herself. Oh, what a pity. Georgia moved her arm from under her so she could start rubbing her nipple, while she moved her top arm down, so her hand was positioned between her legs. Her finger very easily slipped inside her pussy, with her thumb resting on her clit. As she continued thinking, her fingers began to move naturally and, in no time at all, she began moaning very very softly. As she began squeezing her nipple and rubbing her clit harder and faster, her moaning became louder and louder and she speedily became hornier and hornier.

When Zoe began stirring beside her, Georgia upped the ante a little, squeezing her nipple harder, moving her finger in and out of her pussy, while using more pressure on her clit. Naturally, this caused her to moan louder and when Zoe slowly turned her head and opened her eyes, Georgia smiled at her. She continued to masturbate, her pussy was getting increasingly wet and she could feel more friction against her finger caused by the swelling of her cunt. As Georgia had known would happen, Zoe came to and realised the full extent of what Georgia was doing. Georgia grinned at her.

“Would you like a hand, wife?” Zoe asked sleepily. Georgia nodded.
“I would love nothing more,” Georgia replied and winked at Zoe, knowing that she would not be helping! Zoe moved her arm toward Georgia, and when she realised she was restrained she gasped.
“What have you done to me?” Zoe exclaimed.
“Well, gorgeous wife of mine, I decided you needed a little payback after your hijinx last night,” Georgia told Zoe, very matter of factly. Zoe laughed.
“Oh, you are SO evil!” she responded and Georgia nodded.
“Pot, kettle, black,” Georgia teased. “But yes, I am a little evil,” she added.
“So for my punishment I get to watch you make yourself cum?” Zoe asked, curiously.
“No, that was just to wake you up,” Georgia informed Zoe with a wink. Zoe raised her eyebrows at Georgia.
“Oh really? So how are you going to tease me then? I'm on my stomach – it's not like you have access to any of my exciting parts!” Zoe joked.

Georgia pulled back the blankets and ran her fingers from Zoe's neck, down to the top of the cleft of her bottom, then slowly raked her fingernails down over one of the cheeks of her ass. Zoe's full body shudder was very evident, and when she raked her nails back up and down again, the shudder was accompanied by a soft moan.

From then on, the only verbal communication from Zoe came in the form of whimpers, moans, groans and cries, as Georgia continued to spank her – the spanking growing harder and harder with each blow to her bottom. Every few blows, Georgia ran her fingers lightly down the cleft of Zoe's ass, her fingers moving until they were met by the warm wetness of Zoe's pussy. Georgia was getting hornier herself and when she pushed three fingers deep inside Zoe and spanked her at the same time, she could feel Zoe's pussy clenching in response. Feeling the effect the spanking was having on Zoe, first hand (literally), only served to make Georgia even hornier. THEN because Georgia felt hornier, she spanked Zoe harder – it was really a win-win of very sexy proportions.

As Zoe writhed around on the bed, moaning and crying out, she managed to pull her knees up beneath her, so her bottom was in the air. Georgia's pussy squeezed tightly as she took in the sight of Zoe's ass poking up in the air. The prospect of being able to spank her even harder, sending waves of pleasure through the wetness pooling at the apex of her thighs. She'd learnt early on that when it came to spanking, she shouldn't worry about whether or not she was hurting Zoe; if it was too much, Zoe would tell her.

There hadn't been one instance so far of Zoe telling her to be more gentle and Georgia wondered exactly how high her threshold was. It was the same with Zoe biting her though – she'd told Zoe that if it hurt, she'd tell her – but the pain inflicted by the biting was counteracted by deep-seeded throbs it caused inside her pussy, and she presumed that it was a similar story for Zoe when it came to being spanked.

Georgia wasn't the least bit surprised when Zoe went to sleep. She lazily kissed Zoe's forehead and smiled as she thought about the fact they were now wife and wife. Thinking about their new relationship status, it was impossible to not remember the night they had met... THAT had been unexpected and a very big surprise!
Posted by Unknown at 4:31 pm